Events in Family Island are an opportunity to experience a captivating story and explore a unique island that is available for a limited period of time. We also call them festivals.
We have a lot of events: some come back regularly (Forgotten Island, for example) and last three days, some appear once or twice a year as they coincide with a seasonal event like New Year or Halloween. These last for a week. Festivals are a great chance to restock your resources and earn valuable rewards for rating competitions and personal event missions.
Each festival has its own set of personal missions (tasks). These are closely connected with the general exploration progress of the event island. You can see them if you tap on the icon of the current festival in the upper right corner of the screen. 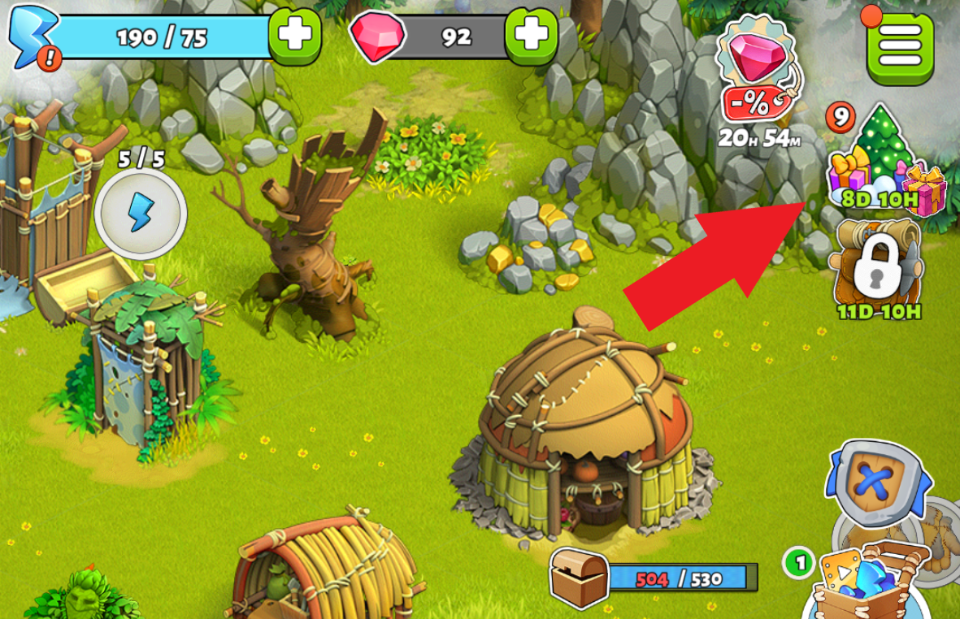 In the bottom of the menu you can see a progress scale. It’s filled with tickets that you receive for completing the missions. When you reach a certain milestone in points, you can receive a gift. The last gift is the biggest and the most coveted.

Complete personal missions of the event, fill up the scale and receive gifts! The gifts can contain energy, gold tools, rubies, leaderboard points and various other resources that can be useful for quests on Home Island.
As soon as the event time runs out, it disappears along with all the uncollected resources, which are then impossible to retrieve. The same applies to event islands that have a workshop. If you put something into production, didn’t collect it and the event finished, the produced resources will be gone along with the island.
❗ Be attentive and collect gifts for personal missions as soon as they become available to you as leaderboard points that are contained in the gifts won't be credited to your score if you collected them after the official end of the event.
❗❗ We also strongly recommend refraining from collecting gifts with leaderboard points in the last minutes of the event as the information about collecting such gifts can be processed by our server with a delay and as a result, the leaderboard points won't be added to your score.