The merchant Hapoor and the shaman Ozzy are friends of our family, who accompany our heroes on their adventures. But their main role is to exchange resources with the family and provide valuable rewards in return.
Merchant
The merchant sails up to the island and asks for a set of items that you can either produce or collect. He has a total of 10 orders. You can receive rewards for completing five, seven or nine of his orders. The more orders you complete, the bigger the reward. If you complete nine orders, for example, you will receive a gold key. 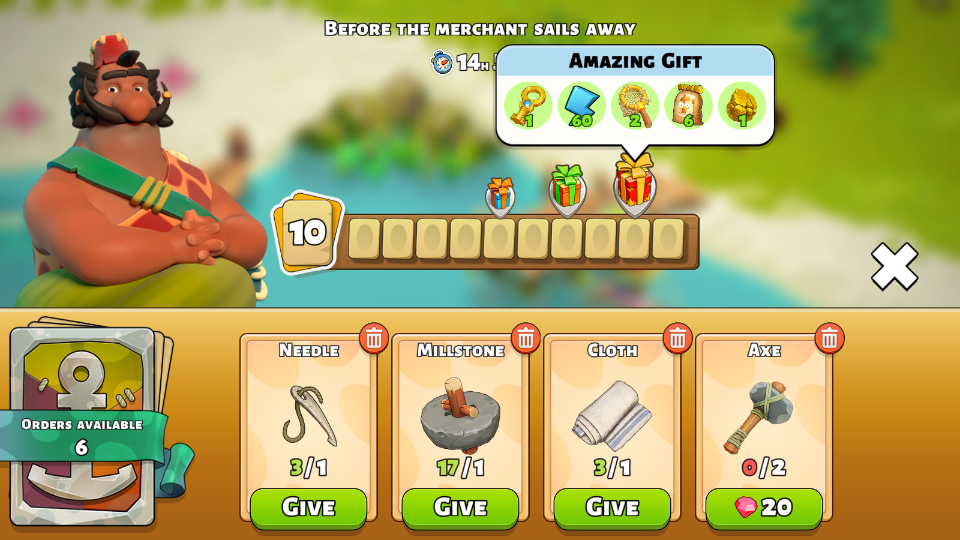 Players have the opportunity to decline the merchant’s orders. You can do this by tapping on the red trash bin icon in the upper right corner of the order card. We recommend to be careful with how many orders you decline as the more orders you decline, the greater the possibility of receiving a lesser reward. For example, you can decline one order and still receive the maximum possible prize. However, if you decline three orders, then you won't be able to receive a prize with the gold key because that is given for completing nine orders while you will be able to complete only seven.
You can see which reward you will get before you start filling up the merchant's orders - just tap on one of the three gifts and you will see its contents. If you don't like the reward, you can decline six orders and the merchant will leave. He will return in two hours (or you can invite him for rubies) with new orders.
The merchant stays for 15 hours so be careful and keep an eye on the time. If you don't finish his chain of orders and time runs out, he will depart and leave the reward for the orders that you managed to complete (if you completed less than four orders, he will not leave a reward as the minimum reward is given for completing five orders). 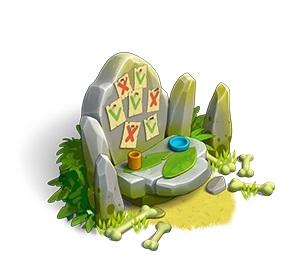 Tap on the altar to view the shaman’s orders. When you give him a set of five requested items he gives you a prize. 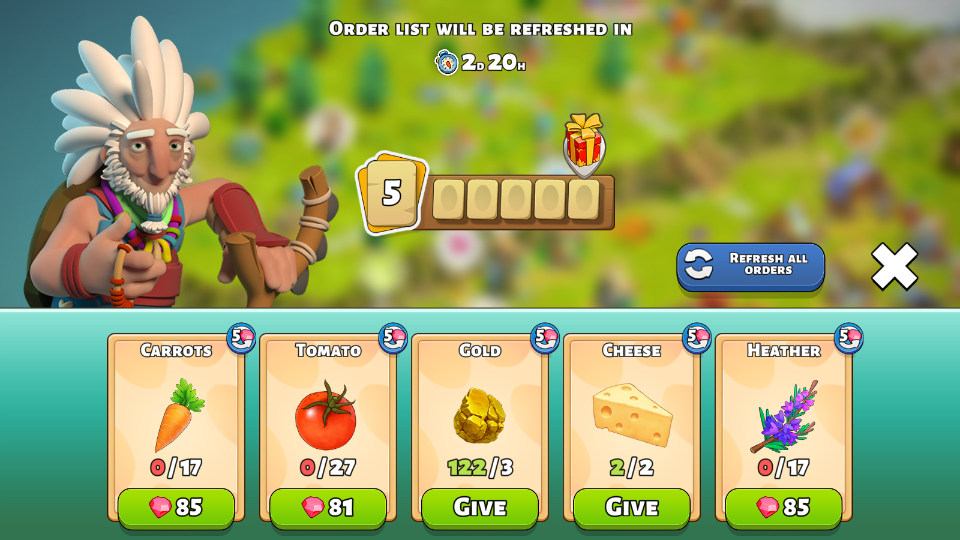 The shaman works the same way as the merchant:
▪️ If you don't like the reward, you can refresh your orders with a special button and receive a new set of orders;
▪️ You can take a look at the rewards beforehand - just tap on the gift icon and you will see its contents;
▪️ The timeframe of the shaman’s orders is also limited, but instead of 15 hours, they are active for two days.
However, the shaman has his own feature that might come in handy - you can exchange particular orders for rubies. Just tap on the “5 rubies” icon in the upper right corner of the order card. You can change the card as many times as you wish.